Are you confused between the two terms: Antivirus and Firewall? You may already know that Firewalls help you control network traffic but what about protection from viruses? And Antiviruses detect malicious files and virus but doesn't it monitor network traffic as well?

While both Firewall and Antivirus are part of the CyberSecurity methods that protect your system, there is a significant difference between how they operate and work. Today, I'll shed some light on the differences between the two terms so that you can make well-informed decisions and purchase a suitable cybersecurity solution for your home or office.

These days, there are many products and manufacturers up-selling their products which further confuse the user to decide and plan out an effective cybersecurity strategy.

Let's start with the basics first

What is an Antivirus Software?

An Antivirus software is the most common Cybersecurity tool used in most personal PCs and offices. The main functionality of an antivirus software is to scan, detect and prevent any kids of suspicious files and software. The Antivirus may prevent further attack by deleting the infected file, isolating it or monitoring the Internet traffic.

In addition to this, most traditional Antivirus include additional regular antivirus scan, vulnerability detection, and Internet traffic control. 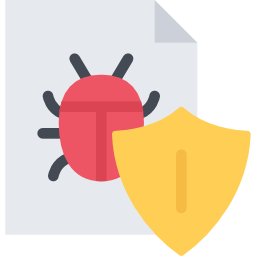 What is a Firewall?

A firewall acts as a shield between your network and the world wide web. It monitors the incoming and outgoing traffic from the system and prevents the suspicious packets from entering/leaving the network.

You can implement the firewall as a software and hardware. Most common example of a firewall software is the Windows Firewall in Windows 7, and the firewall hardware is inbuilt in most routers you purchase these days. Most routers come with an inbuilt firewall to protect your network from the rest of the network (Internet). 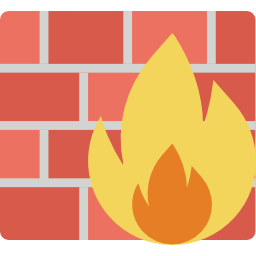 There are three types of firewall which we can segregate by communication location, interception location and the state in which we are tracing the data.

The three kinds of Firewalls

Now that we are clear on the basics of both the terms, one thing is pretty clear.

Both Antivirus and Firewall efficiently work towards protection and prevention of the cyber threats on your network. So, how exactly is it different?

Antivirus vs Firewall: The Differences

In this Antivirus vs. Firewall difference, the primary differentiator is the mechanism both these tools use to protect your system from malicious attacks and what they can protect.

Firewall protection monitors the network traffic and thus prevents malicious data from entering your network thereby preventing viruses. However, a virus can also enter your system with a download, spam link click or from a CD or USB. Once the virus has bypassed your firewall protection, the role of an antivirus comes into play.

An antivirus runs the scan and detects the malware to prevent it from spreading further by deleting or isolating the file. We can also say that while Firewall stops the virus and malware from entering the system, it does nothing to remove the cyber threat that has already infected the system.

An Antivirus uses known patterns and heuristics approach to detect and remove a variety of malware and virus from your system where it employs strategies to recognize known malware patterns on your system.

A Firewall protects your system as the first line of defense when you get online. Think of it as a gatekeeper. The firewall protection keeps your computer and private information safe from intrusion and malicious threats. 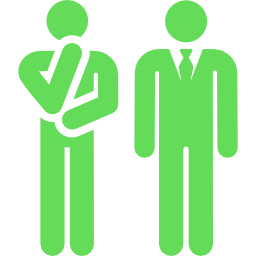 The firewall will let the good packets which match the ruleset in and the bad packets (that seem malicious) out of your network.

So in a nutshell, we can see that a firewall protects your system from intrusion and prying eyes of the hackers while the antivirus removes any detected virus from your system.

Here's a quick recap with the significant contrasts between Antivirus and Firewall given below:

So Which Software Should You Install: Antivirus or Firewall?

Cyberworld is somewhat confusing and expanding. It can be a difficult choice to decide which software to select as a part of your Cybersecurity plan. As noted above, you can't choose between an antivirus and a Firewall because the roles of both these tools are different and irreplaceable.

As a strong security mechanism, you should follow the Layered Security approach. It includes installation of Firewall, Antivirus, and other tools.

Here's a good reason why:

Cyber Analysts suggest every unprotected system can be attacked or hacked within 15 minutes of being on the Internet.

A firewall doesn't guarantee 100% protection. For instance, it cannot aid security in case of spam messages, unsecured wi-fi network, and most malware. Coming to Antivirus, they are also unable to offer full protection as they often fail in detecting annoying ads, spyware, unwanted software, malware and most common cyber threat nowadays, ransomware.

This situation brings up the need for installation of additional security tools that can secure your network from harmful malware including ransomware, bank Trojans, and PoS Trojans, to name a few. Antimalware software is a highly required and recommended Cybersecurity tool which will remove all kinds of known and unknown malware from your system.

MalwareFox is a trusted lightweight and anti-malware that can work in conjunction with your existing antivirus software. It offers super smart scan which will remove the deeply embedded rootkits and tough malware in a simple 5-minute scan of your system.

Download MalwareFox and put your mind at peace with Zero-Day Protection feature promising protection from threats and ransomware by keeping it at bay even before it enters your system.

1 thought on “Antivirus vs Firewall”