Incognito Mode in Chrome removes the browsing history, search history, entered information, and cookies when you close the window. It is useful when you want to browse anonymously.

However, if you want to know what others have accessed on your PC, then Incognito Mode could cause a problem. The kids and another user could browse anything on incognito mode, and you won’t know. For that purpose, here in this article, you will know how to disable incognito mode in the Chrome browser.

There are two ways you can remove the incognito mode in the Windows OS. 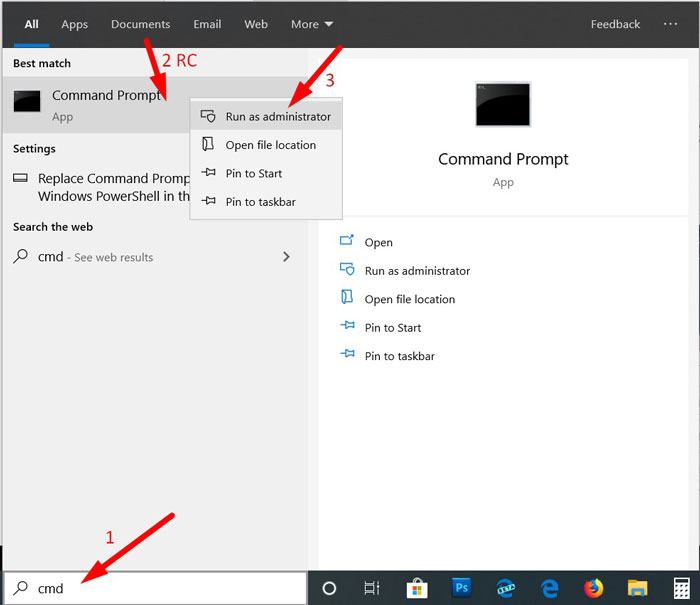 Now Copy & Paste the below icon on the Command Prompt and press Enter.

Now in a few seconds, you will see “The operation completed successfully”. It means that the Incognito Mode from Chrome has been removed. Restart the Chrome browser and then check, you won’t see the incognito mode there. 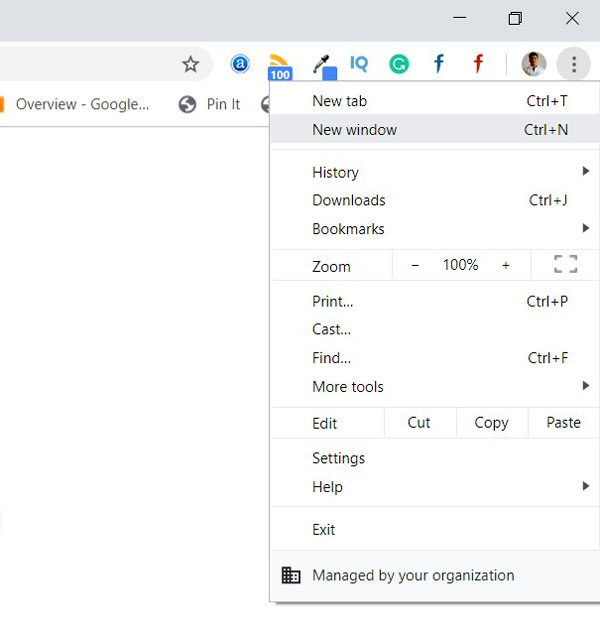 If you want to revert and enable the Incognito mode, then run the following command,

Now you will again start using the Incognito Mode on Chrome.

Press Window + R button together to open the run box. Now type regedit in the Run box and click OK or press enter. 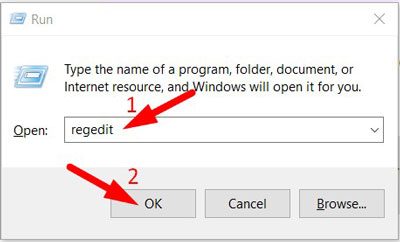 Now copy the below path and paste it to the Registry Editor address bar and then press enter. 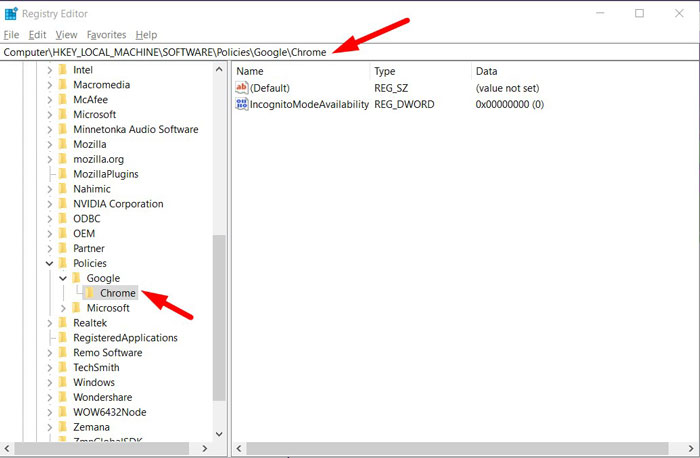 Now you will reach to Chrome’s policy editor. Now we can perform our desired task. Right-click on the IncognitoModeAvailability and choose Modify. 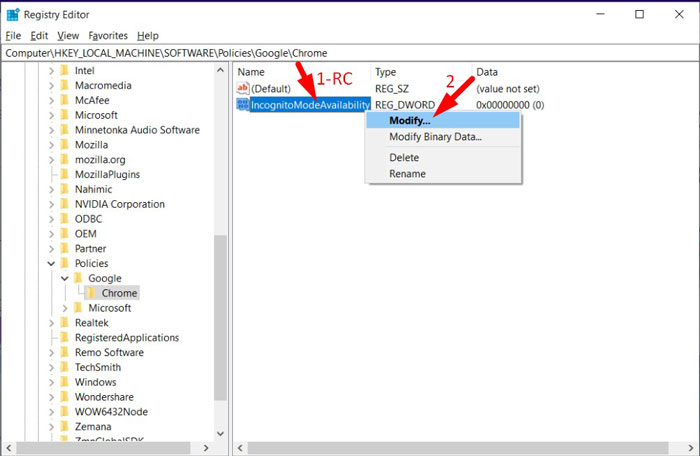 Then enter 1 in the Value Data field and then press the OK button. 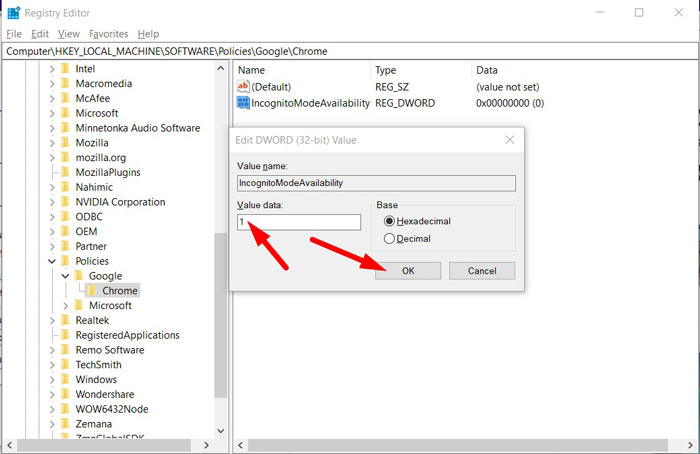 Now close the registry editor and restart the Chrome browser and check, the incognito mode option is gone.

Note- If you want to enable the incognito mode again, you need to follow the same steps as above and then change the value of IncognitoModeAvailability to 0 and press OK. Now you can access the incognito mode.

Disabling Incognito Mode on Android is a little tough than Windows. There isn’t any option to add commands, and incognito mode is gone. In Android, you can do things, but for that, you’ll need third-party apps mostly. There is an app that disables the incognito mode in Chrome also. Follow the below instructions to disable private browsing on Android Chrome.

Download the Incoquito App from the Google Play Store. This app isn’t free but very cheap. You can get it in just $1.99. There isn’t any trial available, but you can ask for a refund if the app doesn’t work on your device. Google refund the amount if you initiate it within few hours. 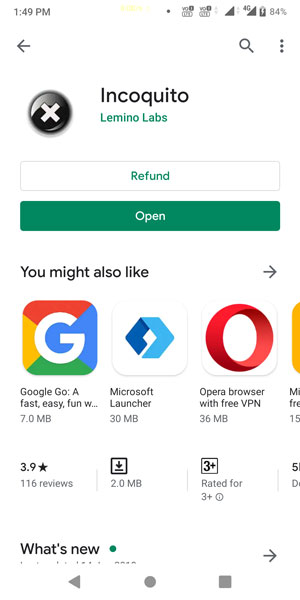 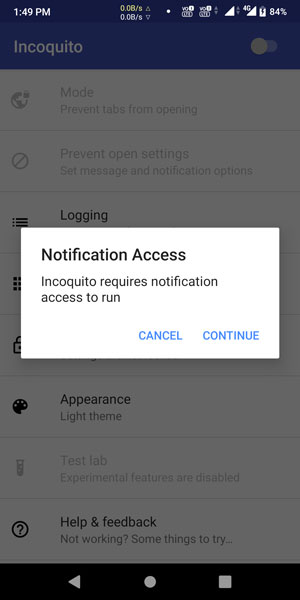 You can enable/disable the Incoquito with the help of the toggle button, which is on top. There are also a few useful settings. 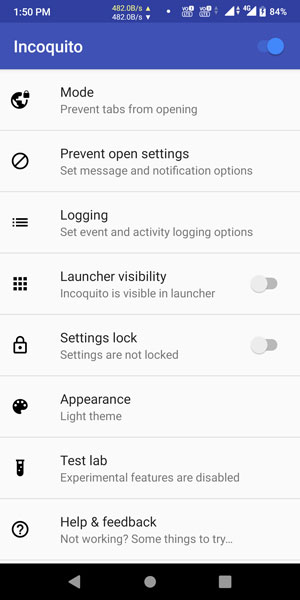 The Modes lets you choose between three different options. 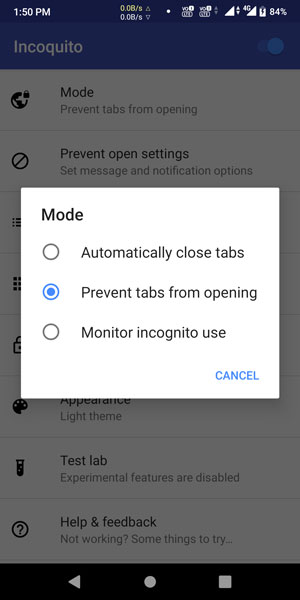 There is an option to lock the settings so that no one can change it. Also, you can hide the Incoquito app from the launcher, and it will open with either via a webpage or the dialer by entering the secret code. With this option, the kids and other people won’t be able to know why incognito isn’t working. 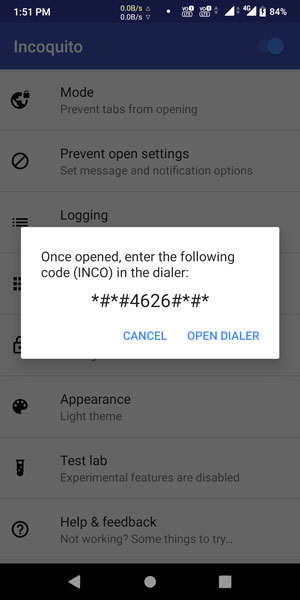 How to Control a Chrome Extension’s Permissions

Disabling the Incognito Mode on Mac is much easier than Windows or Android. You need to enter a command on the Terminal, and that’s it the incognito mode in the Chrome won’t show up. Start the Terminal Window, and you can take help of Spotlight search and then type the following command and press enter.

Now close the Terminal Window and restart the Mac. That’s it the Chrome’s Incognito Mode is disabled. Open the Chrome to Verify.