We all appreciate the free open-source operating environment of the Android platform because it helps us build free apps. This openness puts it at risk making it susceptible to malware.

Although, there have been efforts by its creator, Google, to secure it with measures such as the introduction of Google Play Protect. However, you still have a part to play.

​If you are someone who is worried about the safety and security of smartphone, here is something of your interest. Since most of the malware threats are a result of the user’s participation, it would be difficult to put your phone in serious danger without playing a role in the process.

What is Android Malware?

You are probably familiar with the word ‘malware’, which is simply the short form of the term- malicious software. If you have used Windows platforms, then you must be aware that malware is a common thing.

This malicious software may cause a series of popups that make your operating system lag. Other common problems include rapid installation of unwanted apps.

Some android malware might be hideous in nature. You may not see the threat outright in the foreground, but you could be under a serious attack. They might either hide from your view completely or in open sight. Malicious applications might appear as they were legitimate ones.

While you remain clueless, they continue to run in the background doing malicious activities. This includes collection of your private information and sending it to unauthorized destinations.

One of the most common dangerous malware is the Skygofree application. It is capable of executing up to 48 commands on your device. For example, it can switch on your phone’s microphone; connect to open Wi-Fi to collect as much information as your space can hold. These are just some of the grievous things Skygofree can achieve without your knowledge.

This exposure should not scare you to instantly consider abandoning your phone. You have a chance to be a step ahead of threats on Android applications too. Most importantly, it is easy to do this only if you are keen enough and careful. According to experts, keeping your device safe is more of common sense than knowledge in mobile technology.

Can Android get Viruses?

If you are wondering whether your Android device can get a virus beware that, it is susceptible. Viruses are a form of malicious software too that may damage your device among other minor and serious problems. They can achieve their destructive purpose by proceeding without your knowledge.

Since Android has the famous open-source environment, it is quite easy for even amateur non-mobile programmers to embed and use the applications. This increases your device’s risk to malware attacks.

​Get rid of adware, spyware and any other unwanted threats from your phone.

​How to Protect Android from Malware

You can prevent malware on Android by using simple steps of caution: As you are careful about where to buy food from, you should take the same measure with app downloads. Downloading apps from unfamiliar sources put you at risk of inviting malicious software to your device. You cannot guarantee the safety of the sources or gain confidence in them. This is why you should restrict your downloads to the official Google Play store.

​Play Protect, which is Android’s main security package, shields you from the danger posed by foreign apps. Even if you choose to sideload applications, Play Protect will frequently scan all apps on your phone for malicious activity regardless of their source. The Play Protect displays recently scanned apps to notify you of anything questionable and offer solutions too.

Other trusted places include the Amazon Appstore but it is mostly a duplication of Google Play. Downloading it in safety may also prove a challenge so Google Play remains the safest choice for downloads. It may not be the perfect and most exciting place to shop but you can be sure about the safety.

Third-party apps include all software from all sources other than the mobile device manufacturers. There is a myriad of individual developers and app development companies responsible for numerous third-party stores easily available on the Internet.

Google Play vet applications for malware from app creators by following strict development criteria. Third Party stores on the other hand, do not apply high standards of scrutiny for their apps. They may therefore, offer insecure applications that are dangerous.

You may be lured to use Third-party stores because they offer lucrative offers and exciting apps, mostly free. You will be more vulnerable to attacks from malicious software than if you remained loyal to the official Google Play. Be suspicious and resist any third-party app store. Consider it questionable and a threat to your phone’s security.

Stay away from random downloads from the Internet without verification of their sources. Avoid app stores with seemingly crazy offers like, some of them may promise paid apps for free. While executing an app, user is supposed to agree to grant some permissions. Unfortunately, most people rush to press the ‘accept terms and conditions’ without finding out the details.

They may include simple hardware permissions such as adjusting the volume of the phone or more sensitive details such as accessing our personal information. They allow the app to function broadly and customizable but does not affect how it operates.

Most app permission relate to the hardware and not the user. Exposing your personal data and sharing it to app creators should be done with caution and with knowledge of the repercussions. To ensure you know what changes the app will make or the data it will access, read permissions during its execution.

​4. Beware of Fake Apps and Pirates

If possible, stay away from pirated apps. Pirating software is the quickest way to destroy your device by allowing many destructive malware. Even the Modded Apps like WhatsApp Gold or GBInstagram could prove to be threat. It is also not morally upright and fair to the hardworking legitimate mobile-app developers.

With that said, even Play Store might serve a fake app so even it isn’t perfect. There was a fake WhatsApp app distributed through Play Store and scored almost million downloads. 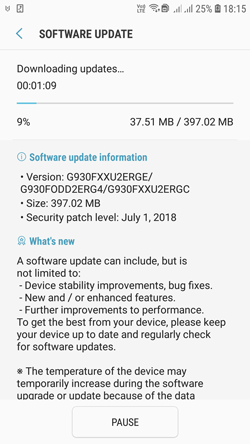 There are frequent security patches from Google every month. Frequent updates of device’s firmware provides high standards of protection. Although not every app manufacturer will make monthly updates, Google will always be sure to avail them whenever they come. 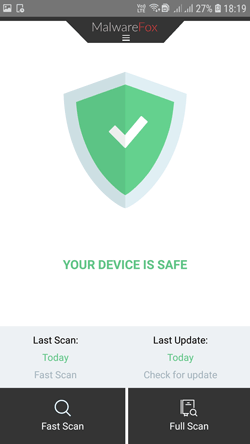 MalwareFox is a reliable anti-malware solution for Android devices. It will safeguard your smartphone by protecting you from adware, spyware, viruses and other form of android malware. With MalwareFox protection, you can be sure about safety of data and your privacy on the Internet.

1 thought on “How to Prevent Malware on Android”