Malicious software has evolved from a pure annoyance to something that is financially damaging. Cybercriminals have targeted individual users in the past. Lately, they are becoming bolder and more aggressive in their attacks. They've begun developing more potent versions of malware in the past. In recent years, they created a new type of malware: the ransomware.

The Effects of Ransomware

The last five years saw the worst ransomware attacks. While there are isolated attacks in the past decades, the worse ones started with CryptoLocker. The ransomware was pretty tame compared to today's threats. It spread between 2013 to 2014. Avasts' Director of Strategy, Jonathan Penn, noted that over 500,000 computers were affected by Cryptolocker. Its variants have caused around $3 million in damages. Cryptolocker opened the floodgates to more recent attacks.

By mid-2017, a new ransomware began affecting systems on a global scale. It shut down hospitals, government agencies, and major companies. WannaCry introduced a modern age of online security concerns to the public. Files in the computers' hard drive were encrypted unless users pay a significant amount to the hackers. People have begun paying attention to threats online. It collected relatively smaller amount, but many unsuspecting people still feel its effects.

A few weeks after the WannaCry outbreak, NotPetya began its attack. It disabled a lot of systems mainly public offices and institutions in Ukraine. Even the general transportation was severely affected. Its effects were so significant that there is a speculation that it was developed to attack the entire country of Ukraine.

To this day, security specialists, industry experts, and even businesses are on high-alert for more severe attacks in the future. As a user, you are more vulnerable than ever. It is especially significant to protect yourself if you are using your computer for more than casual browsing. In this article, we list down the best anti-ransomware you can install.

How to Protect from WannaCry Ransomware

The tools above are best for helping you recover your affected systems. However, protecting your system way before threats infiltrate is much more efficient. MalwareFox provides excellent protection against ransomware. It gives a complete anti-malware protection for your machine.

MalwareFox has provided a useful guide on different levels of ransomware and what to do to protect yourself. Its active ransomware protection prevents any attacks from ever executing on your PC. It can even prevent new, unidentified variants of ransomware from affecting your computer.

MalwareFox's Zero-Day Attack Protection analyzes files which are behaving suspiciously and efficiently blocks them. It also prevents user-caused cases where you accidentally download malware on your machine. It blocks ads, toolbars, and adware which can serve as a backdoor to your system.

MalwareFox scans the most critical parts of your system. This scan is valuable especially when you have suspected that a ransomware has already infiltrated your hard drive. It removes deeply embedded rootkits on your operating system which most antivirus programs miss.

MalwareFox has a clean and straightforward user interface. It makes it easy to see that status of your computer's security. You can quickly set the application to conduct a regular scan of your computer. MalwareFox has the most updated database of current threats and malicious files on the Internet. HitmanPro.Alert is a combination of Antimalware Scanner and Realtime Protection module which pro-actively blocks malicious threats.

It makes use of behavioral detection method to block suspicious files and activities providing effective Ransomware protection. It watches for ransomware style behavior which allows it to detect unknown and newest kind of ransomware variant. In the latest version of Malwarebytes, they have integrated ransomware protection module into the program which was previously called Cryptomonitor.

This single power-packed application provides protection against ransomware and other malware variants by blocking the threats actively. 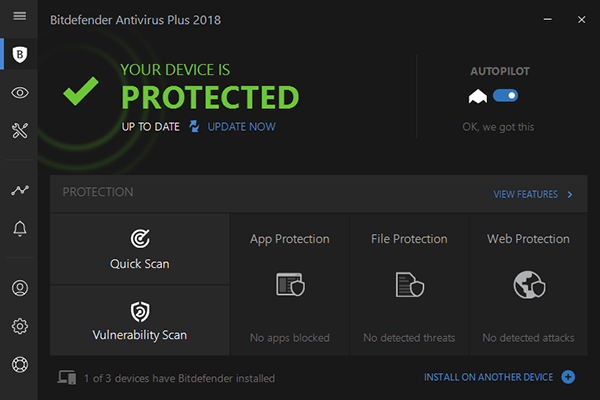 BitDefender Antivirus Plus is an excellent overall antivirus and anti-malware. Additionally, the company also developed an anti-ransomware tool to use along with the primary security program. It detects potential attacks from specific ransomware such as Locky, Petya, TeslaCrypt, and CTB-Locker.

It awaits in your computer for potential attacks. Once it detects a ransomware in action, it stops the program from encrypting your files. You can also set the tool to start upon boot of your computer. 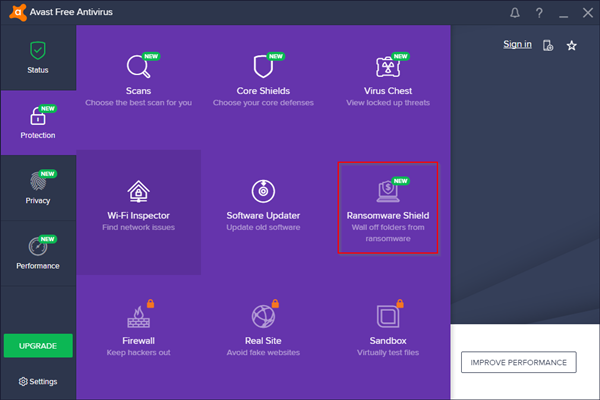 There is a wide variety of ransomware. All these don't work the same way all the time. In most cases, you will have to find a specific tool to "decrypt" your affected files. Developers have to create software meant to counteract a particular ransomware.

Avast Antivirus itself offers Ransomware Shield which protects folders from ransomware infection. It prevents ransomware from ever reaching your files. Additionally, Avast provides 21 decryptors and tools to help you recover data. It can protect your system from variants of ransomware such as TeslaCrypt, BadBlock, Bart, CrySiS, Jigsaw, and many more. The company is also developing additional decryptors.

It helps if you have a back-up of your unaffected files. The tools will compare the data and try to remove any encryption from affected portions of your hard drive. The decryptors are also free to download.

It is essential to be vigilant from existing threats especially ransomware. It has become more than an inconvenience. Ransomware has the potential to hold your personal files hostage and force you to pay. Smart browsing habits will keep most attacks at bay. You also have to keep your operating system updated. More importantly, install a reliable antivirus and anti-malware application and maintain a regular update and scan of your computer.