Do you think the computer virus and worms are the same? Both disturb users by replicating themselves and destroying the data. Besides this, there are significant differences between viruses and worms.

What is a Virus? 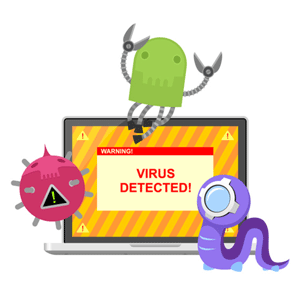 By definition, Virus a computer program that spread from computer to computer and corrupts user data.  It can replicate itself and gets attached with another application or file. When that file is transferred to another computer via email, network, removal devices they reach to that computer and infect that also.

The virus needs human help to execute. When the user executes the host file that carries the virus, it starts spreading in the system. Some virus replaces programs with their instances. It can also delete, duplicate, or corrupt the files.

The virus doesn’t spread itself. It needs a host and human help to spread. The virus attaches itself with the host, and when users take the host to another computer, it reaches there. Once the host file is executed on that computer, it starts replicating itself and infects the files. This is the reason; it’s spreading speed is slow. Usually, the host file is transferred via email, pen drive, network share, or hard drive.

What is a Worm? 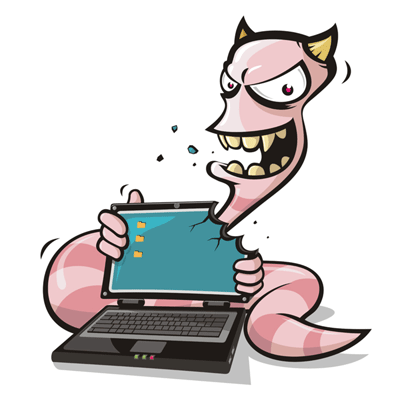 The worm is a type of virus, it also replicates itself and travels system to system. Worms are a standalone computer malware that doesn’t need any host to spread. It doesn’t need human help to execute. Worms replicate themselves and spread automatically with the help of network or user’s email account.

Worms tend to increase the use of resources such as memory, CPU, or network bandwidth. They can crash a PC or a network by increasing the usage. Worms take advantage of a network or system vulnerability and infect the computer. Recently, it has been seen that some worms use social engineering tricks to lure users to let them enter in their system.

Unlike the Virus, the worm doesn’t need a host file. It is a standalone program that finds a weak spot in the system or network and enters in that system. Once a worm infects a computer, it can spread to the whole network and can also reach to other networks that the system is connected. It can also send itself via email. Worms spread automatically; this is the reason their spreading speed is fast.

Difference between Virus and Worm

How to Prevent Virus and Worm Infection?

To prevent the Virus infection user’s doesn’t need that much effort. You need an antivirus to stop its attack. However, to prevent the worm’s infection, you need to install the antivirus and an active firewall. Besides these, you also need to update the operating system and other software regularly. Often, worms exploit the vulnerability of other software to enter in the system.

There have been several cases where worms spread with the help of social engineering tricks. So, to prevent the attack, we need to spread the awareness of such method between the users. Nowadays thousands of new computer threats are emerging and hence traditional antivirus is not sufficient for complete security.

5 thoughts on “Difference between Virus and Worm”