Mobile phones have evolved from the bulky brick that could only be used for calling someone into a computer in our pockets. In 2018, there were over 4.5 billion mobile phone users around the globe. Moreover, mobile internet traffic now accounts for almost 50% of the total global online traffic. That means, around one in two people access the internet using their smartphones.

These smart devices have integrated well into our lives that some people cannot live without them. However, just like any gadgets, mobile phones have limitations, and they often show signs of wear-and-tear when used very often. One of which is the phone temperature.

But, why does your phone gets hot sometimes? Let’s find out.

Why is My Phone Getting Hot?

First, differentiate warm and hot. Any devices, including mobile phones, warm up when you switch them on. This is due to the heat being produced through the movement of electricity in your phone. Heat typically comes from the battery, processor, or screen as these are the usual workhorses in your mobile phone.

A phone’s internal temperature can reach around 37 to 43 degrees Celsius (about 99 to 109 degrees Fahrenheit) which is normal. However, persistent overheating coupled with other issues like a decrease in performance or even exploding phones (remember Samsung Galaxy Note 7?).

Typically, heat comes from the battery as it is the power source of the entire device. To check your battery’s temperature, open your dialer and dial *#*#4636#*#*. In most Android devices, it will open a Testing menu. Select Battery information. 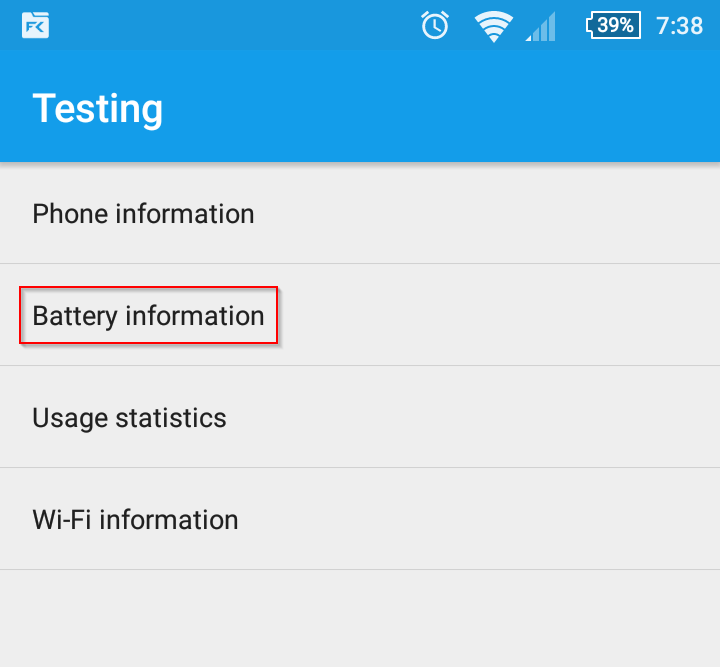 Under Battery information, you should see relevant information including Battery temperature. 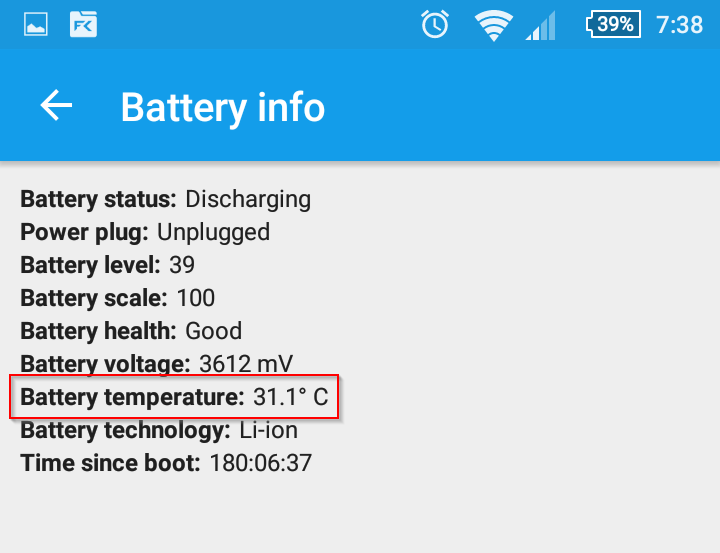 Due to the variation of phone manufacturers, this trick may not work all the time. You can download apps like Cooling Master-Phone Cooler to constantly monitor your phone’s temperature. 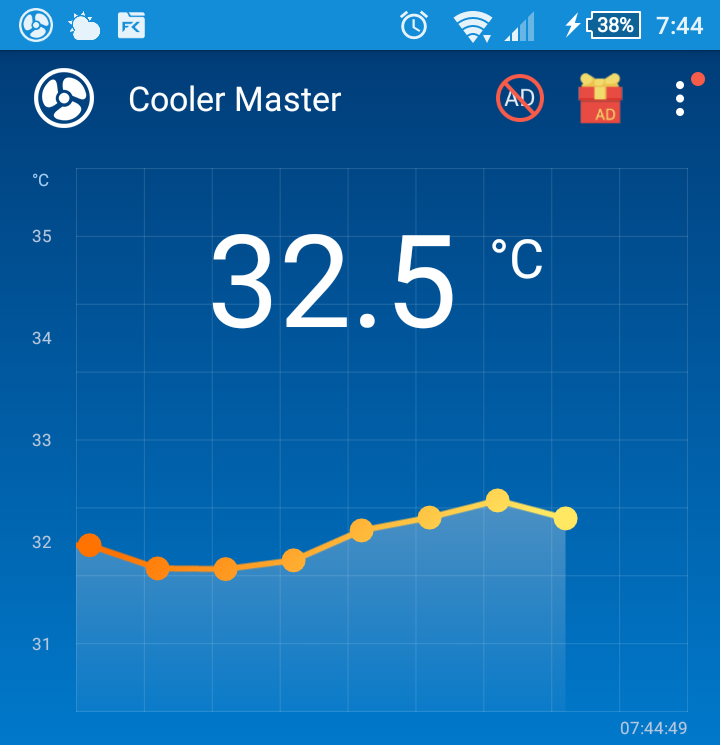 Some phones may even have a temperature status under Battery options in Settings menu.

There are several reasons why your phone overheats. However, take note of any other issues that may arise along with a hot phone as it may be a symptom of a more severe problem.

Yes, overusing your smartphone is still a thing and it significantly affects how your device uses power. Gaming for hours, especially those graphic intensive games, can overwork your phone’s processing unit which increases temperature.

Moreover, continuously streaming on YouTube or Netflix for hours will surely require significant processing and battery power. Also, using the camera for an extended period, whether you are taking photos or videos, can put a heavy load on the processor as you are using most, if not all working parts of the phone.

Too Many Programs Running

Modern mobile phones are smart enough to manage running applications to ensure efficiency, especially when consuming RAM. However, switching between too many apps will increase activity in the processor which will require power.

Moreover, background applications also need processing power which in turn can heat your phone. Unfortunately, not all apps are smart enough to manage memory and may use more than they need.

Maybe everything on your phone is working well, and the culprit is not one of your applications. Environmental factors play a great deal in temperature management of any modern devices.

Leaving your phone under direct sunlight or inside a hot car can undoubtedly increase its temperature significantly. Moreover, water damage can cause overheating especially when the battery unit is exposed to water or other liquid.

Using the wrong phone case or cover can also contribute to the heat inside your mobile phone. Most phones bodies are made of plastic which is an insulator which traps heat, especially in your battery. Adding a phone case may further suffocate your phone. The presence of insulating material may prevent your phone from radiating the heat from its parts.

While the reasons mentioned above are easy to resolve, overheating becomes a bigger problem when malicious software is causing it. Your phone may show signs of decreasing performance aside from overheating. Malware often hides in the background and consumes a significant amount of RAM and CPU power which causes the phone to overheat.

For example, a Trojan malware called Loapi infected a lot of Android phones by disguising itself as an antivirus application. Loapi was secretly used by hackers to mine Monero cryptocurrency which required most of the devices’ computing power. Some phone batteries even bulged a few days after the infection due to extreme power demand in the device.

Malware often appears like legitimate applications in the Google Play Store. Your phone is especially vulnerable if you download apps from untrusted sources. An unverified application may bring threats along with it.

How To Cool Down the Phone

Most of the overheating issues involve simple solutions. One thing that you should never do to decrease your phone’s temperature is to put it in the fridge or freezer. While it may sound logical, the moisture and low temperature inside the refrigerator will cause significant issues in its parts.

First thing you should do is to check which part of your phone is overheating. More often than not, you will feel most of the heat from the back of the phone where the battery is. Remove your phone case to allow your battery to “breathe.” It may not be necessarily causing the heat, but the case may be trapping the excess temperature.

Avoid using your phone under direct sunlight for a long time. Moreover, do not use your phone while it is charging. You may also want to check if there is a bulge on the back of your phone as it might be a sign of a damaged battery. At this point, you will need to have it replaced.

Optimizing your Android phone usually helps when apps are using too much CPU. You can start by disabling power-intensive functions like Bluetooth, GPS, and WiFi (or mobile data, if you are using WiFi). This will help the phone free up some computing power. You may also dim your screen brightness to take some strain off your battery.

Close all your running applications. This varies from device to device. In most Android phone, you tap the square button to get to the recent apps. In some phones, you have to tap and hold the home button. Examine the running apps and select the ones you want to close by swiping it to the right. You can also tap on the Clear All button to close all applications. 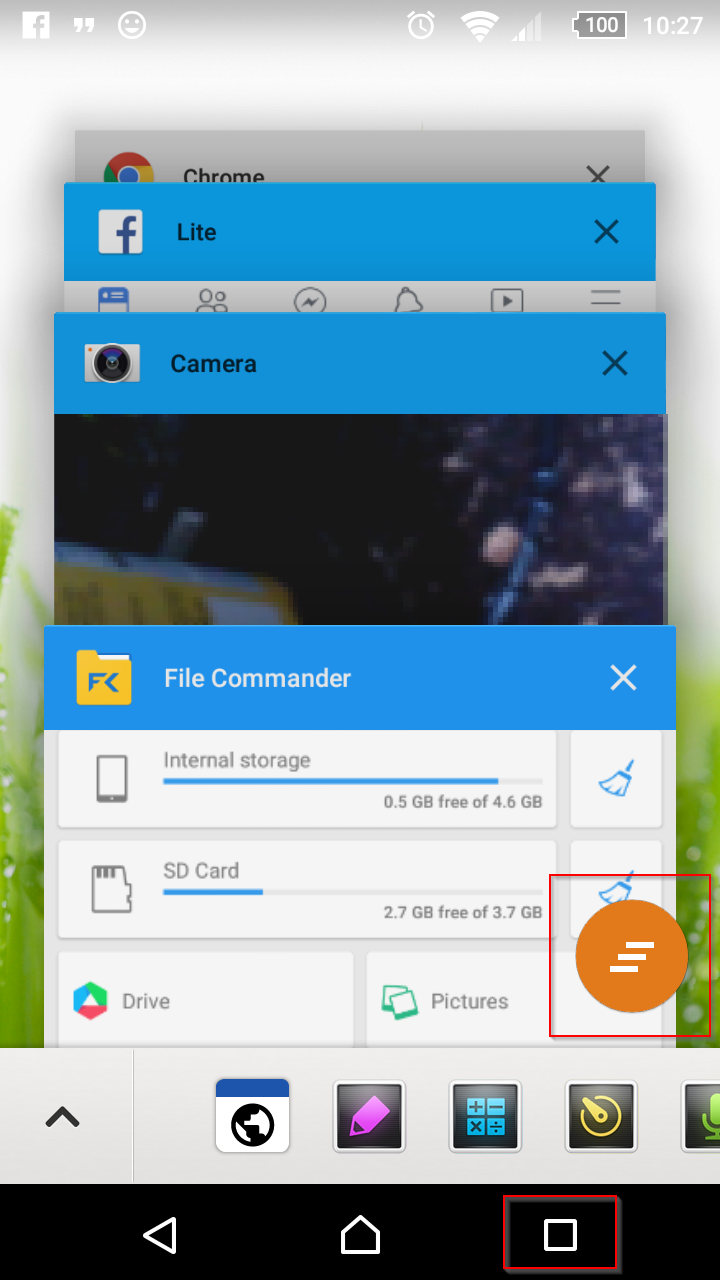 Alternatively, restart your phone to help prevent overheating due to issues in software. It will allow the phone’s system to start fresh.

Just like your computer, modern mobile phones are susceptible to malware threats. If you notice significant lag and overheating even with minimal use of applications, then an app may be eating up all your phone’s resources in the background.

Install an effective mobile anti-malware software like MalwareFox on your phone. Scan your phone to identify any malicious software lurking in your phone immediately. You should do a Full Scan on your first run. 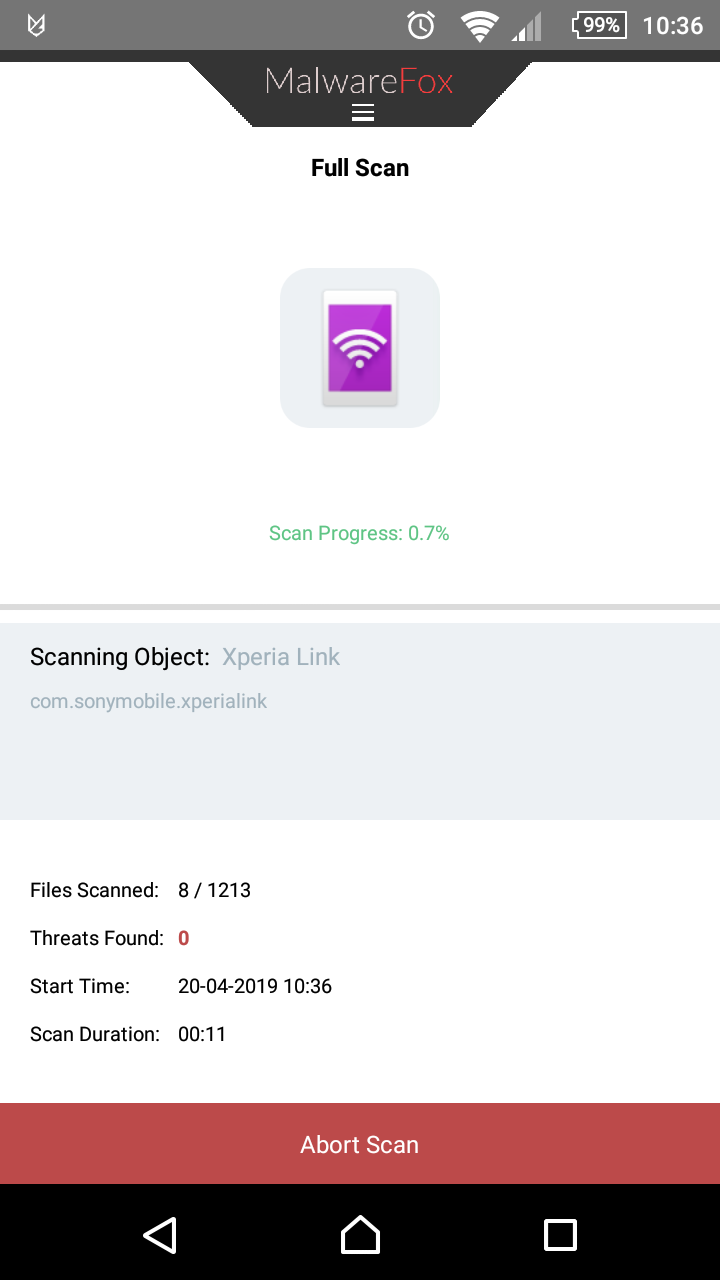 MalwareFox for Android automatically protects your phone from any attacking threats in the future through its real-time protection. It uses minimal processing power and RAM to prevent performance issues. It will immediately identify questionable apps and files before they even have the chance to run.

These are just some of the most common reasons for overheating. Take note of your usage including personal phone settings as these can show you what is causing the heat problem. If doing the steps above did not resolve the heating issues on your phone, take it to the nearest mobile phone repair shop or your phone’s service center to have it examined.